In recent years Canadian cement producer McInnis Cement has been busy building itself as a serious player in the industry, and it’s not finished yet as it expands business in Providence, Rhode Island, and the Bronx, New York.

McInnis Cement is the newest entrant in the North American cement market. Its plant in Port-Daniel–Gascons, Canada, is the first new plant to serve eastern Canada, the U.S. eastern seaboard and the Great Lakes region in more than 50 years.

And McInnis has positioned itself as a potential cement importer, committing to pursue investments that will allow for this expansion. At present, the company relies on one plant, but import capability provides a back-up mechanism for processes and acts as a contingency plan. That means the company’s supply will always outpace demand—good for customers now and in the future.

“Our customers are our priority, and we will never let them down. Our company has been built keeping customers in mind every step of the way,” said McInnis Vice President, Sales and Marketing, Francis Forlini.

As part of its efforts to grow business, McInnis built a facility in Providence, Rhode Island, and after two years in operation, the company was ready for an upgrade featuring a new DomeSilo for cement storage that would supplement existing flat storage.

“The initial 30,000-ton flat-storage warehouse has been very functional, and it will continue to be used in conjunction with the new storage dome. However, the dome storage was selected for the expansion because the warehouse operations had various limitations. While reclaiming from, it was difficult to offload a ship in a timely fashion,” said project director Dominic Demers, adding that unloading would often pause for 10 to 12 hours a day during warehouse reclaim operations. “For phase two, we wanted to combine operation flexibility and maximum utilization of our growing marine fleet.”

One project hurdle was the municipality’s height restriction, a requirement that “made it uneconomical for us to build silos, and we wanted to keep the operating cost low,” Demers said. “A dome was the natural choice for us.” Dome Technology completed construction in 2019. The DomeSilo is 134 feet in diameter with a storage capacity of 40,000 metric tons. To maximize the terminal’s abilities, McInnis selected a barge unloader rated at an aggressive 800 metric tons per hour.

An expansion in the Bronx

While Dome Technology worked on the Rhode Island project, McInnis called with an unrelated question: Could Dome Technology also install an additional truck loadout lane at an existing terminal in The Bronx, New York?

Within 130 days of construction starting, Dome Technology completed an additional truck bay for the Bronx facility, including concrete ramps and footing for the structural steel, mechanical equipment, piping and structural-steel installation. The team executed all structural and millwright work, and operations at the facility were not interrupted during construction. 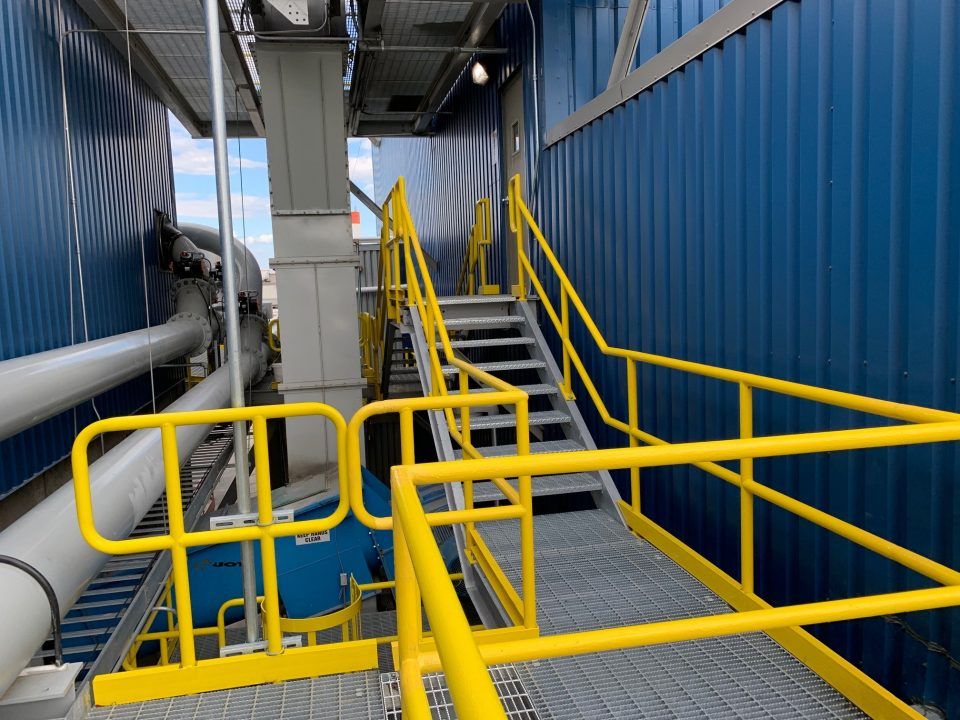 This project highlights Dome Technology’s expertise outside its most obvious skill set: building bulk storage. “Our name is Dome Technology, and there isn’t a dome on the site. It was all about mechanical structural installation for material handling,” said Dome Technology vice president of operations Dan South.

With a fabrication shop on the same campus as corporate construction headquarters, Dome Technology engineers and construction managers work closely with team members who build features like stair towers, work towers, conveyor supports, handrails and walkways. This means customers are more likely to end up with a facility that operates seamlessly.

“We’re tied closely to the dome, so we know what (customers) want, and we know how everything interfaces,” said Dome Technology shop operations manager Kirby Sheldon. “We’ll see problems other fabricators won’t see.” 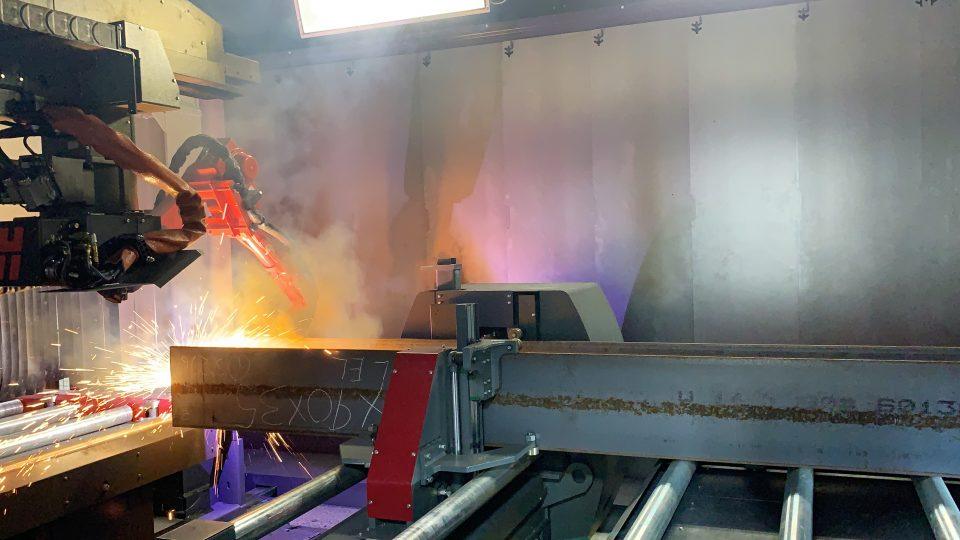 For projects requiring steel fabrication, Dome Technology has invested in equipment like the Voortman B808, which provides precision cutting, scoring, labeling and hole punching for beams. This machine “makes us more accurate because it’s all computer numerically controlled [CNC], and it makes us more efficient because it reduces our man hours on fabrication,” South said. “It will do all the layout for us, and that adds to our accuracy.”

The second Bronx truck bay is in use now, and operations are running more smoothly and more efficiently. “We are doing between 60 and 70 trucks a day with no lines building up. It’s helped tremendously,” said terminal manager Stanley Sisson. 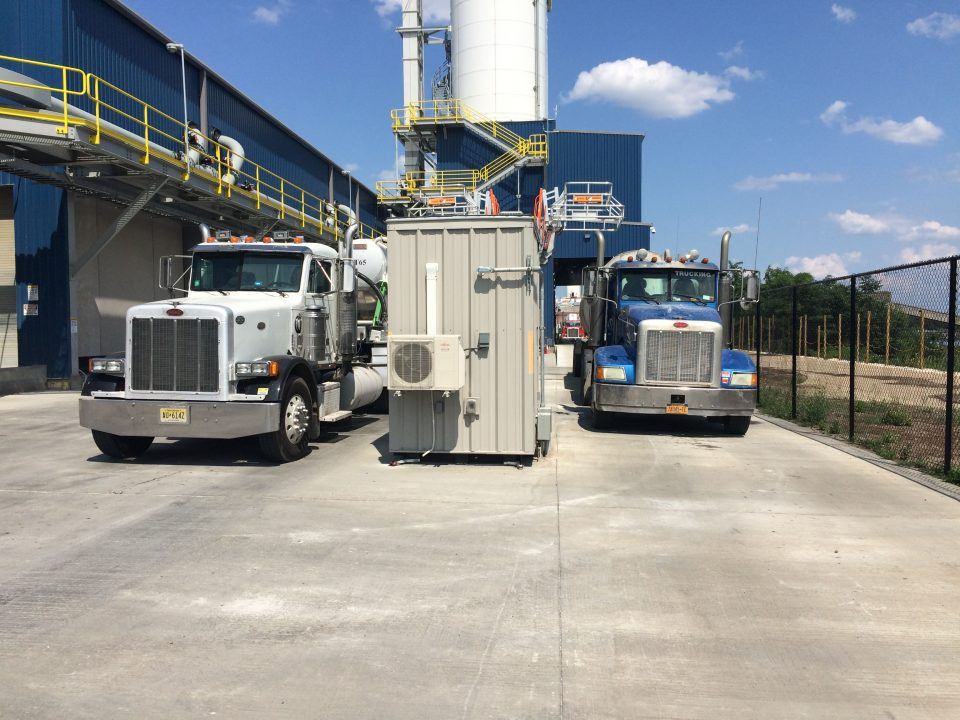 The customer as the expert

Making sure the McInnis terminal network is very well designed to cover market demands has been a deliberate decision on the part of the company. And expansion isn’t complete just yet: McInnis is currently planning to use the same type of dome when expanding its Oshawa/Toronto terminal, Forlini said.

Helping customers reach their goals and climb closer to their business potential is always front of mind for Dome Technology. The company has built more than 700 industrial and commercial structures worldwide and continues to expand its expertise to include liquid storage tanks, concrete repair, silo rehabilitation, steel fabrication and erection, millwright work, general contracting and more.

Dome Technology is driven by the pursuit of innovation and advancement, typically employing a design-build method for the entire project but providing guidance for those seeking support in specific portions of projects too. The McInnis projects highlight Dome Technology’s breadth of expertise.

“For nearly four decades we’ve relied on a collaborative approach with companies—they’re in the driver seat, and we help navigate,” said Dome Technology CEO Bradley Bateman. “In every project Dome Technology incorporates innovative technology to maximize storage capacity and system performance with an economical solution.”

A version of this article was published in the July 2020 issue of International Cement Review.